"My son from childhood used to say that his body and soul were not matching each other. He had a male body but he said that his soul was of a female," Pant told AFP.

"He had been asking us for his gender reassignment and we were convinced by his logic. He told us that he would transform into a perfect lady if the transplant was carried out in early age."

There are only thought to be a handful of post-operative transsexuals in Nepal, a deeply conservative, mainly Hindu country that nonetheless has some of the most progressive policies on sexuality issues in Asia.

"He is now 18 and a delay in surgery, according to him, could have made him look ugly. We did not want to see him sink into depression and took him to Thailand last month," said Pant, 51.

The actor, a household name in Nepal who ruled the airwaves for more than 10 years from the mid-1990s with the hugely-popular sit-com "Hijo Aja Ka Kura", said Caitlin plans to travel to the US to study pharmacy.

Caitlin, who had hormone therapy for a year before the operation, was not available for interview.

But her mother Pratbha told the Nepali-language Kantipur daily newspaper: "After the death of our elder daughter in accident, we have always been expecting a daughter in the family.

"When she was in my womb, I prayed for a daughter. My dream has come true after 18 years and I am very happy."

"Two of our members have undergone reassignment and I have heard there are some others," he said.

"I am very happy for the courage and support demonstrated by the Pant family. I would like to congratulate the new girl for being successful in transferring her personal conviction into a reality." - AFP

KATHMANDU, NEPAL – This probably is the first case in Nepal and you might find it shocking as well. Son of famous comedy actors Santosh Pant’s youngest son Pratik Pant has undergone a sex change surgery in Bangkok and has now transformed into a girl. The validity of the news is yet to be confirmed but I read it in “Janaahwan Saptahik’s Friday’s edition”. 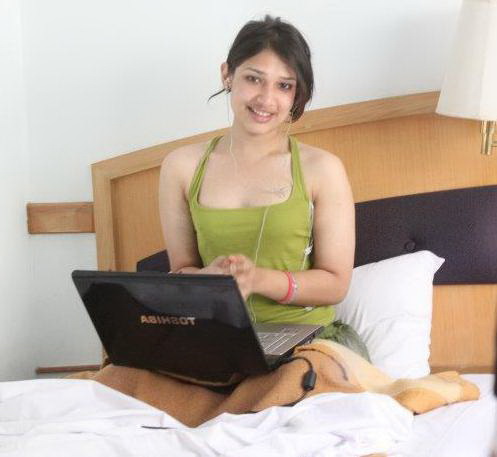 Pratik is just 19 yrs old. At a teenager, Pratik preferred to act as a girl and his behaviors were like one too. He started taking different hormone to develop feminine body parts like breast but physically he was still a boy because of his sex organs. So, he went to Bangkok for the surgery and now he’s turned himself into a “She”. News is that his visa to Bangkok first got rejected because his physical appearance was like a girl but in the passport it showed male. Then later in the second time, he got visa to Bangkok and there he got his transgender surgery done.

Again the news isn’t official and we probably have to wait few days to be sure. In the picture we can see that he even got a tattoo above his breast just like actress Karishma Manandhar has. Anyways, I’m not saying it’s a wrong thing to do. I mean if you really feel like a girl mentally, it’s pretty hard for you to act like a boy just because you’re body is caged in a male body. But let’s wait and watch what will be revealed in few days time.

Santosh Panta is one of the most popular comedian actors of Nepal. He has two sons namely Sakar Pant and Pratik Pant. Both of his sons also were popular in his self hosted serial ‘Hijo Ajako Kura’. Now ‘Hijo Ajako Kura’ is closed in Nepal Television.

Today Santosh Panta had only one son, i.e. Sakar Panta. Do not worry, his youngest son Pratik Panta is also living in this world. But the only difference is that he is no more a boy like before. Now he is a girl after an expensive operation in Thailand.
According to ‘Saptahik’, the most popular weekly magazine of Nepal, Pratik Panta felt difficulty from the time of his high school days. He could not express his problem to anyone. But he had to tell about it to his lovely mother when it became very difficult for him to fight with his physical and mental changes. First his mother did not believe it at all. She thought his son was just kidding with her. But later she herself realized that Pratik was behaving like a girl. Then Pratik was taken to hospital for medical advice.
Medical doctor reported that Pratik Pant is mentally a female as he had more female hormone. Now Pratik Panta wanted to become a girl. He had already searched it in Google and found out that gender can be changed if ones body could pass some basic requirements. So Pratik Panta started having medicine to grow up female hormone. Due to the effect of medicine his breast grew up, waist became thin and some particular changes occurred. However he was a boy by his gender. Ultimately he was taken to Thailand by his brother Sakar Panta. At first his passport had been rejected by Thailand as he was a female by body structure and male by name and identity. But later this problem was solved. When he was taken to Thailand, doctors did not believe the report sent by Nepal doctors. They took a test again. Thereafter his gender was changed. Now she is living a normal life of a girl. Her name is Ketlin.
Now Ketlin Panta is very happy with her decision. Not only her family members but also many people in Nepal are praising her strong decision. She is the first person changing gender in Nepal’s history. When she was asked about sex, she said that she could do it after three months according to the doctor’s advice. She was also asked about marriage. Then she said that she had not planned it. But she is willing to marry in future. Let us see, when she will marry and who will be the life partner of such a brave girl.
Please log in to reply to this post

sajha classifieds » ExportFromNepal
Now you can export anything from Nepal at affordable cost!
· Posts 10 · Viewed 2968 · Likes 1