goddamn
· Snapshot 0
Like · Likedby · 1
I am starting this thread for those who consume only liberal news and rarely if at all get conservative news.

Keyser Söze
· Snapshot 3717
Like · Liked by · 2
Great video. But some trying so hard to be conservative they exploded when they lose and bring same conspiracy theory that deny at first.

The trainer replied; “when they are very young and much smaller we use the same size rope to tie them and, at that age, it’s enough to hold them. As they grow up, they are conditioned to believe they cannot break away. They believe the rope can still hold them, so they never try to break free.”
https://www.sajha.com/sajha/html/index.cfm?threadid=133272&noofposts=4

logan
· Snapshot 4163
Like · Liked by · 1
That is not from CNN, you can read it. Many of us are "CONDITIONED" or prepared to be conditioned from the day of Trump candidacy for Presidency.

pandeyji
· Snapshot 4908
Like · Liked by · 2
goddamn and beware i heard you two recently had a gay marriage together since you both got the enlightment that you are neprican rednecks and it was the right time. is that true? hehehe.....

pandeyji
· Snapshot 4918
Like · Liked by · 2
ps: dont forget to make nas as your priest when you do gay marriage and call your trump baba as your main guest :p hehehe

goddamn
· Snapshot 6303
Like · Liked by · 1
These Dems are pathetic, she would rather have millions of people suffer without stimulus rather than Trump get credit for what he deserves. Trump offered much bigger stimulus and on time as well. She chose to put politics over people's lives and kept money from schools to keep them safe. These lib vedas think Dems are gods, they are just power hungry lieing hypocrites. Repubs are truth telling jerks, make your choice you want sweet talking, lying corrupt politicians or the one who tells as it is.

goddamn
· Snapshot 6482
Like · Liked by · 1
Sahi ho Nas bro, she is bitter and hypocrite. Did you see her salon video, she wants to go out and enjoy but lock others. Same with that black city mayor, and cali governor and long list of democrats who wanted to lock everyone.
Pelosi deserved the humiliation bro. Trump just threatened to veto the bill coz it has so much crap in it. I am just getting popcorn and waiting to watch the libtards saying oh no Trump is playing with peoples life by delaying stimulus. They are the ones who withheld twice the amount for more than six months. Damn losers.
Its going to get interesting to see Dems fighting with each other, it is just getting started. Get some popcorn and be ready for the show.

pandeyji
· Snapshot 7184
Like · Liked by · 1
So whats the rationale behind pardoning all criminals like lottery tickets? can a conservative explain this? today i saw 26 who knows what this number is going to be in a month. even steve bannon is in line. My belief is conservative ideas are nice only when implemented properly. Even GOP wants to stay away from Trump but they are scared of his tantrums as of now.

logan
· Snapshot 7992
Like · Liked by · 0
There are no conservatives only Trump followers and Trump want to work as Putin ( more power to Putin), who has not know knowledge of constitution and no respect to it.
Please, stop dreaming to get apple juice from a lemon?

goddamn
· Snapshot 9521
Like · Liked by · 0
Interesting article from Wall Street Journal, Trump policies were correct in dealing with allies and enemies. Its the domestic politics (wokism) that is threatening the standing of America. Dems had no good policies thats why they made it seem good vs bad. Give Biden few months, he will come back to Trump's policy after learning again for 100th time.
If noone follows foreign policy Germany dissed Biden for China, Russia stopped caring, China ignored Biden, Israel and saudi teames up against US, France called American woke culture as a threat to French way of living, Japan and Korea asked to continue Trump's policy. There is overwhelming support for policy minus the person. Now it is not if but how will Biden pivot back to Trump's position.

Here is article itself, there are other similar articles in failure of Biden in international stage in different regions.
"
It hasn’t been the most promising start. Less than a month into Joe Biden’s presidency, and his administration is already engaged in spats with China, Russia and Iran. It is also discovering that U.S. allies are not quite as happy with Mr. Biden’s Feb. 4 announcement that “America is back” as many Democrats might have hoped.

In Asia the administration’s Myanmar policy—imposing sanctions that signal displeasure without materially affecting the army’s ability to rule—has attracted little enthusiasm. On Feb 15, India’s foreign minister hailed Indo-Japanese cooperation on regional infrastructure projects that link Myanmar with its neighbors, a not-so-subtle signal that India intends to go on cooperating with Myanmar no matter what Washington wants. Simultaneously, the large portion of the Indian press that supports the ruling Bharatiya Janata Party is aflame with resentment that Vice President Kamala Harris’s niece, Meena Harris, seems to be siding with protesters against BJP policies.

European leaders are also dismissive of American moralism. French President Emmanuel Macron denounced the importation of U.S.-academic and cultural wokeness as a threat to the French way of life, while pragmatists on the Continent are pushing to strengthen economic relations with Russia and China—virtually ignoring the Biden administration’s efforts to raise the pressure on human-rights abusers in Moscow and Beijing. With the U.S. trade representative’s recent announcement that Trump-era retaliatory tariffs on European wine, cheese and food imports aren’t going away soon, this has been one of the shortest and coldest diplomatic honeymoons on record.

pandeyji
· Snapshot 9756
Like · Liked by · 1
Sometimes I feel if Jesus was born now he would be so conservative and would just give his heart to two of his kids... and ask them to just think better for themselves ...if anyone else comes mmm just chant MAGA :)

he would just start this braveeee conservative thread hai....

goddamn bro is be-ware bro like a really close friend of you who lives in your closet? Who cannot have any ideas how to argue or make fair point with anyone who disargues?

goddamn
· Snapshot 12507
Like · Liked by · 0
Miss Trump in this manipulated market days. With one tweet he could stop MM's rigged game. Hope it bounces soon. 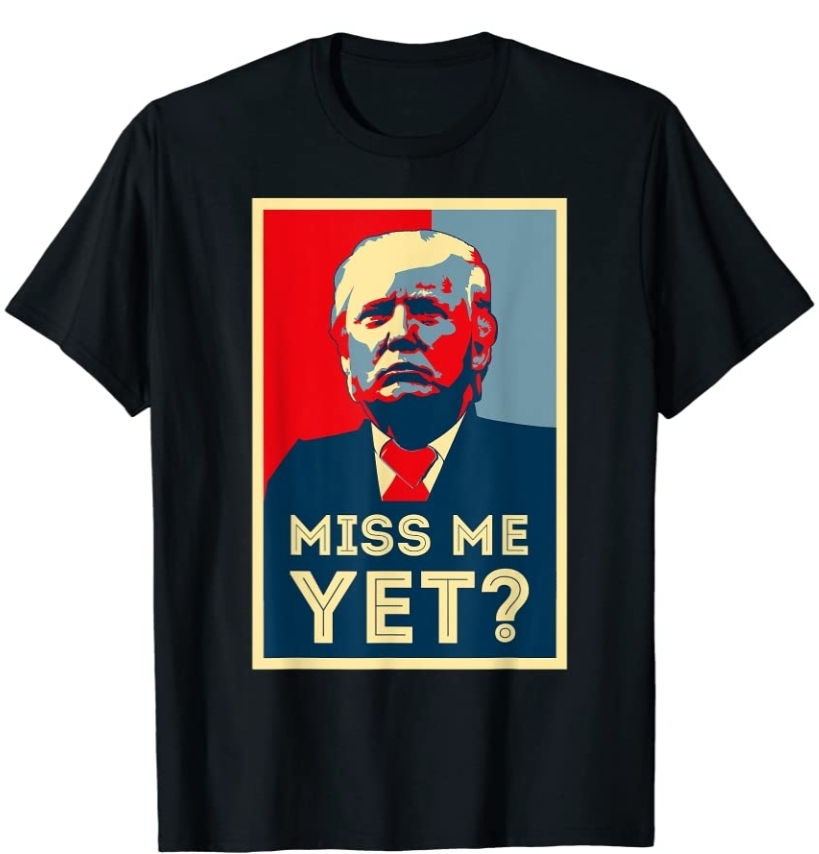 goddamn
· Snapshot 15220
Like · Liked by · 0
This is interesting. Its non partisan (?) And has a lot of information. Everything points that Trump had best policies, Biden is trying to get out of his election promises/ lies and get back to Trump's policies. Biden knows all liberals do not understand policies they just want to follow what is "cool" and will let Dems get away with these bad policies and lies.

Dumb people keep doing the same thing again and again expect different result lol. People from California move to Texas because of liberal policies and still vote for dems in texas. They will never learn. Dumbest people I seen.