goddamn
· Snapshot 819
Like · Liked by · 0
You can't see that? You need to follow your guy too? He will give you plenty to wonder about Alzheimer.

I am not one like you who wishes bad on anyone but I do see a risk of happening. That is the one reason I was against Biden because he will let in Harris who is too liberal in the white house through back door. Biden couldn't win by himself he got help and same thing might happen with Harris.

Difference between you guys and me is that, I could google a civil rights poll and even without opening and seeing numbers I could tell it will be good enough to prove my point. Because I know I am right. What you have to do is go in circle, demonize people who is against your beleif and bring in subjective arguments to win. Thats what you do, to prove your point you kust labeled all muslims as evil, argued 70 millions need to be thrown out. Thats what you are a sore loser even after you get one small victory. I know you cannot celebrate win gracefully because you guys didn't win with fair fight.

logan
· Snapshot 826
Like · Liked by · 1
Hey, Until 1965 south did not let black people vote , why and what were and are the  reasons, afraid of what ?
It is the same thing they are afraid of same reason.Nothing but the white Agenda.
If you were in that era living in south , you will have chances of being lynched. Now you are giving a reason of Liberalism is a threat of Country ?  If there is extremism in right it creates similar value against it. Like Newton's third law.
You are throwing another shit in your own face  with a talk about demonize people? Mexicans are REPIST is a matras to you? Of Course new Republican has adopted it as their new motto to be a Republican.
Please stop talking craps.
We just fight against it and we have won.

goddamn
· Snapshot 845
Like · Liked by · 0
You are talking all crap. If you go back 1965, there will be a lot of democratic policies that are racist today. If you go further back democrats were pro slaves, repubs were anti slavery. Its politics base will change overtime.
NEWSFLASH: its 2020 now. Talk about today. You are still 60 years behind. If you go little further back, Germans and Japs were conquering world. Do you treat them same today?
Its true there is some Repubs who are racist but what you need to do is compare both left and right and take what is right. If immigrant start taking over conservative leaning, those racist will be out. But you are afraid of fighting for what is right, rather you are aligning your self artificially with what they give you. You are doing awesome job at finding and creating reasons to support your given political beleifs by your master. Moral of the story is, its all politics it will change. May be in next 20 years browns will be repub and blacks will be dems. It never is about who is wrong who is right. All the Nepalese who are so much against Repubs are the one who are afraid that whites might reject them joining their parties. Its not anyone's, don't be afraid to go and take what is right. Don't settle with some treats dem might throw at you.

logan
· Snapshot 860
Like · Liked by · 1
Well I am not buying Trumpism and I think it will be here for a long time that will make you happy because you are trying to satisfy your ego.

Just an advise: Voting is over and winner is here just taking time Donny is hibernating. He needs to be a big boy instead of whinny baby to concede it.Trump and you may be thinking of 2000 where Bush and Gore were fighting for hanging chad. Get over it.

goddamn
· Snapshot 872
Like · Liked by · 0
I think you have some issue of comprehension, I mentioned at least few times that Trump legal challenge is not only about his ego. It is in conservative's interest fhat Trump does not concede without legal fight. He will (have to) when legal fight fails. Till then you can take a chill pill.

Again you might have some problem with memory but I didn't mention anywhere that election result will change. I am over it looking forward but you don't have enough class to accept a win gracefully.

logan
· Snapshot 892
Like · Liked by · 1
Okay, Got your point.
Election result will not be affected ? No evidence of any voter fraud to prove but has the right for legal challenges does not mean you have to linger and create chaos?

goddamn
· Snapshot 895
Like · Liked by · 0
Its not chaos, it is legal fight. Even though it will not change result but it will have some consequences going forward.

You are mixing up things here. I said result will not change but there will still be voter fraud as all elections do. They may be 100s, not thousands or anywhere close to 10s of thousands but will it be enough to change the way voting is done? Thats what is critical going forward. It is Trump's right to challenge. Honestly if there was nothing else but ego to Trump's challenge, I would then accept him as a sore loser. As things stand now, he is doing what is needed of him.

logan
· Snapshot 937
Like · Liked by · 1
"Honestly if there was nothing else but ego to Trump's challenge, I would then accept him as a sore loser. As things stand now, he is doing what is needed of him".

I see your point which is more clear. What ever he is doing. will it be helpful to him ? 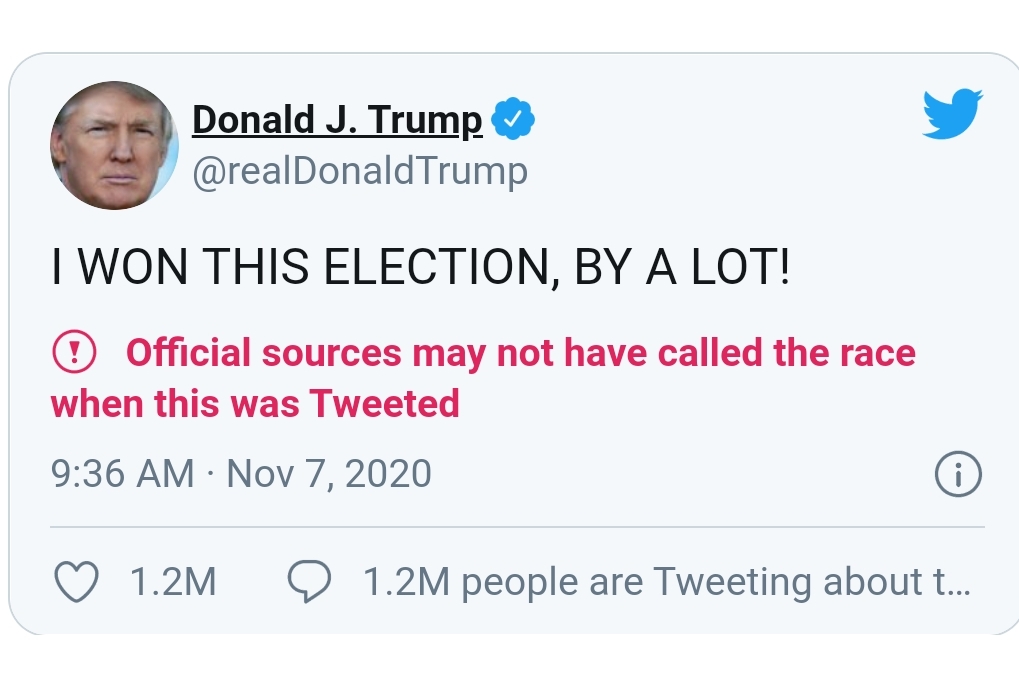 goddamn
· Snapshot 1030
Like · Liked by · 0
Don't worry about mine, I handle my own business. Your wify, sister and mom couldn't get combined 13 di*** even if they walk around with wide open Wet Ass P$$$$ around whole Brooklyn.

Keyser Söze
· Snapshot 1048
Like · Liked by · 0
How can i not worry about you? Your wifey, sister and mom and dad spreading Wet Ass P$$$$ around whole Brooklyn taking away all the businesses..

goddamn
· Snapshot 1049
Like · Liked by · 0
Be a little more creative loser. Lucky for you I am conservative and I respect my culture and have people around me who knows values and repsect culture.
Unluckily you are among people who promote Wet Ass P***. And it gets worse, they still out there man. Go pimp em out.

Keyser Söze
· Snapshot 1055
Like · Liked by · 0
No need to be creative. You are a shit no matter however anyone puts it.
"Unluckily you are among people who promote Wet Ass P***" Aren't you the one who is first use it..duh whats up?!!
You choices of word shows how much you respect your culture and know values(wtv that means)