The son of an elderly couple says he wants two major airlines to stop blaming each other and take responsibility for abandoning his parents in their wheelchairs for half-a-day, with no help to access food, water or a washroom.

Mohan Karki's parents, who don't speak English and require assistance to travel, were found almost 12 hours after being dropped off at a service counter at the Vancouver airport — just not by the airlines responsible for assisting them during their trip, WestJet and Cathay Pacific. 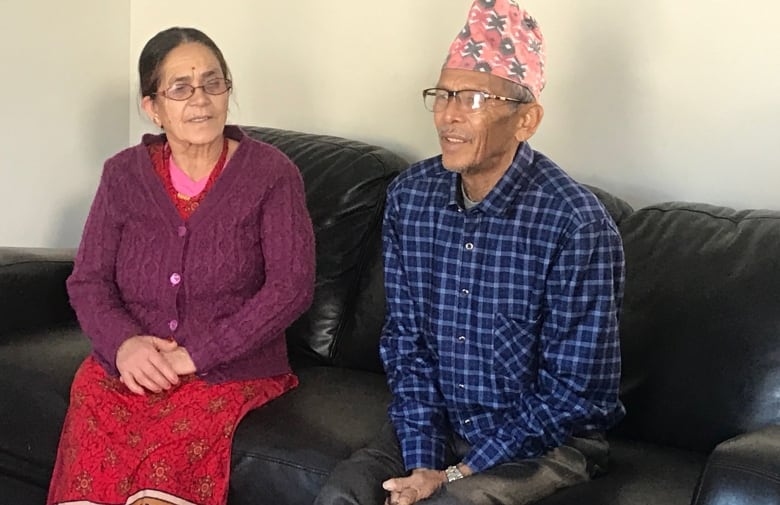 "We were thinking they were somewhere in the corner of the airport ... not knowing where to go," said Karki. "My parents told me, 'We never left this place' … 12 hours they were there. They tried to communicate with some other people, passersby, and nobody responded to them. Maybe they couldn't understand what they were saying."

On Feb. 23, Narayan and Chhaya Karki, aged 66 and 69, were on the final leg of a trip from their home in Kathmandu, Nepal to visit their son and his family in Edmonton, with a stopover in Vancouver.

Mohan Karki said Cathay Pacific told him it delivered his parents to the WestJet customer service counter at the airport, and WestJet was to transport the pair to the gate for their final flight to Edmonton.

When his parents failed to arrive, a worried Karki spent hours on the phone trying to track them down. They didn't have a cellphone. "For about six or seven hours, I kept on calling both airlines, but they never found my parents," he said.

Karki then called the RCMP. It took officers 20 minutes to find the couple, located just steps from the service counter.

The couple had placards with Karki's name and phone number, in case of an emergency. No one responded when they tried to get help by holding them up, he said.

According to an Ontario-based advocate for people with disabilities, services for those who need assistance travelling are "unreliable and inconsistent" because airlines are allowed to set their own rules — instead of being told to meet specific standards.

"It is appalling treatment … the regulator should make it clear that [airlines] can't pass the buck to each other," said David Lepofsky, chair of the Accessibility for Ontarians with Disabilities Act Alliance.

sajhamitra
· Snapshot 325
Like · Liked by · 0
All ( I mean ALL) airlines US airlines are pathetic. I had faced this issue two times in the past and all they do is just blame each other. They care about numbers and do not care about customer satisfaction unlike internal airlines.